This was a short day cuz it’s the day we left. But we got up early and had breakfast at the hotel again. I wanted the french toast the day before but didn’t have it because I knew I would have felt tired and had a sugar crash a few hours later and had too many things I wanted to do. But this day all we needed to do was get on an airplane so I decided to have it. It was really good, as you might expect…:) It was stuffed with some sort of cream cheese and banana concotion and covered in honey instead of syrup. The honey made it lighter somehow. I was able to pretty much finish it which I usually can’t do. 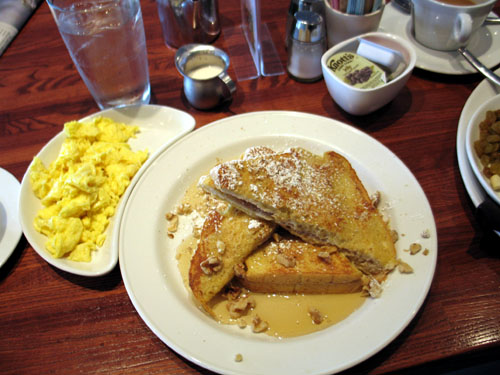 DM isn’t really a breakfast person so he just had some oatmeal, which also looked pretty good.

Then we went back over to Dealey Plaza since we hadn’t taken any pictures the day before. It was raining so the shots aren’t that great and millions of these pictures have been taken so I’m not even sure why we bothered, but we did so… This is the book depository and the street that the motorcade was on when JFK was shot. That square window on the second from the top floor is where the shooter supposedly stood. 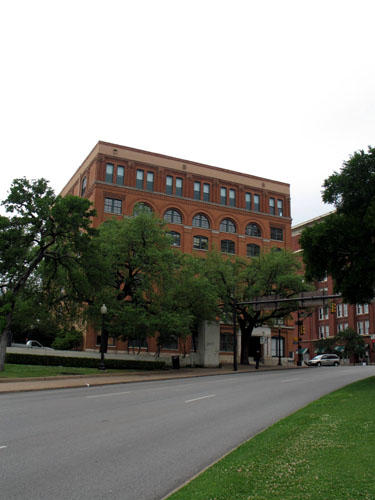 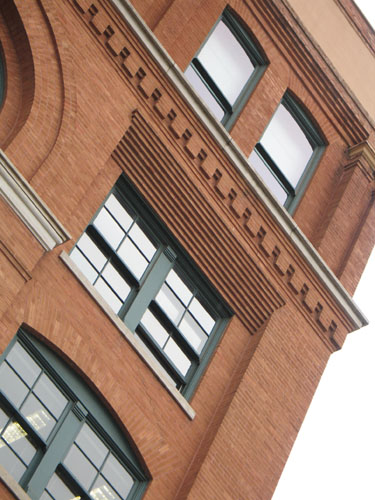 The stockade fence behind which many witnesses said they saw smoke and heard gunfire. So many that there’s home movie and media footage of a bunch of people running over there after the shots rang out to see what or who was back there. 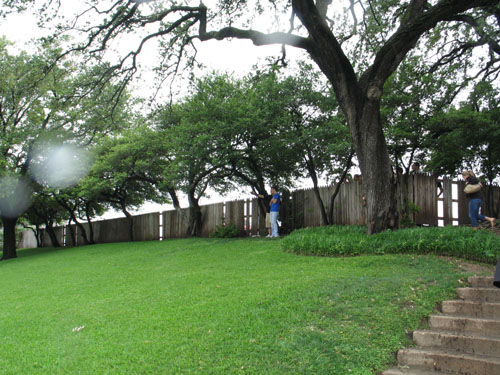 The bridge where witnesses were standing and under which the motorcade sped on it’s way to the hospital. JFK was shot just on the other side of this bridge. 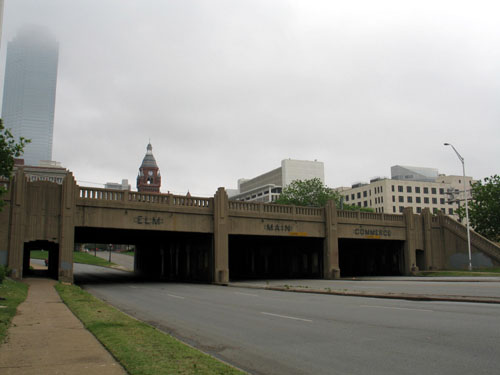 One of those grackle birds eating a cheeto. He picked it out or the bag which was pretty funny. 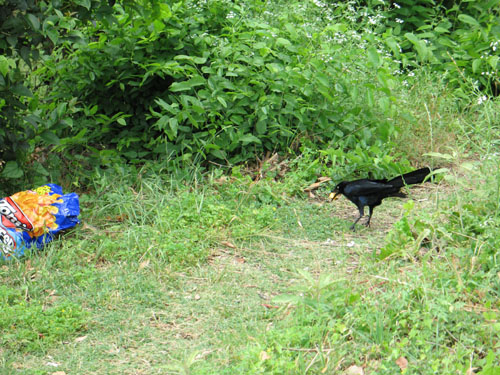 That’s our trip to Dallas. I noticed, on this trip specifically, that there are really not many differences between different parts of this country anymore. Even the famed Texas accent was hardly apparent at all. It’s getting harder and harder to pick out things to see and do that are really unique to a place. That’s mainly why I stick to regional food and historical places when I travel. Most of Dallas looked exactly like Southern California. In fact if I ever lived there, aside from the weather, it wouldn’t be any different than when I lived in L.A. Some of the neighborhoods are different looking, the houses and stuff, but those look just like Denver. In fact, since we just went to Denver the week before, I’m already mixing the two cities up in my mind. This seems a shame to me- we have such a vast country- so many places to go and things to experience but it’s becoming more and more the same everywhere. It’s been happening for at least 20 years (I noticed it when I took a road trip around the country in 1990) and in a way it’s better now than it was then because people have come to realize this sameness and have rediscovered some of their own quirks- saving old neighborhoods, opening regional style restaurants. Even the JFK museum wasn’t open until 1989! That building was and is being used for something completely different and unrelated. They only opened the museum because so many people would gather in the area with questions. So anyway, there you have it.